Walking with Brian Ellis on his Walk 4 Life 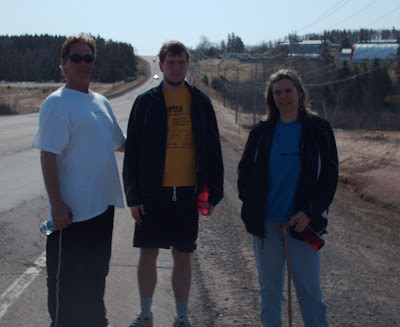 Alex & I joined Brian Ellis today on his 3rd annual, tip-to-tip, Walk 4 Life. Brian, a kidney transplant recipient, is on his yearly walk to raise awareness for the Kidney Foundation of Canada and promote organ & tissue donation. 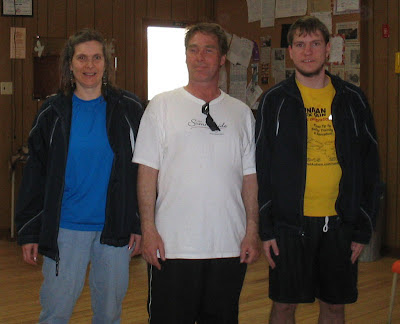 We met Alex today in Brookfield and accompanied him on the 6.1Km hilly stretch of Highway #2 from there to Hunter River. It was a beautiful day for it - sunny & 16 degrees C. with hardly a breath of wind. 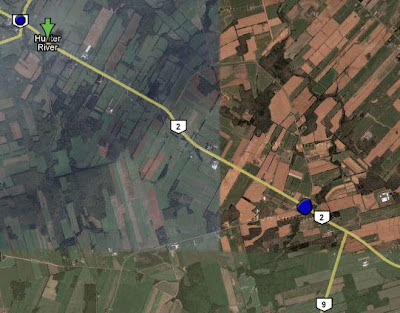 We had accepted an earlier invitation from Brian to join him for lunch at the Hunter River Lions Club. 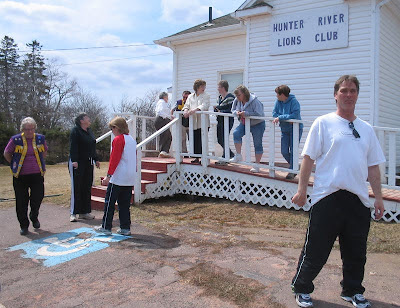 Again this year the Hunter River Lions & Lioness demonstrated their small town big hearts treating us all to a great spread of food. A big pot of Chili was surrounded by sandwiches, homemade biscuits & jam, vegies & dip, cheese & crackers & sweets. The warmth & the food will certainly get Brian up that big hill out of Hunter River and carry him to Pleasant Valley, where he was ending his day today. Last year we met up with Brian shortly after his Hunter River Lions Club lunch and he was still talking about it. Now I see why. This kind of hospitality along the way can make such a difference on a trek like this - the food, the support and the donations show that your message is being heard and you are truly raising folks' awareness. That's what makes walks like Brian's a "success" and success can carry a person a long way. Hats off to the Hunter River Lions Club! 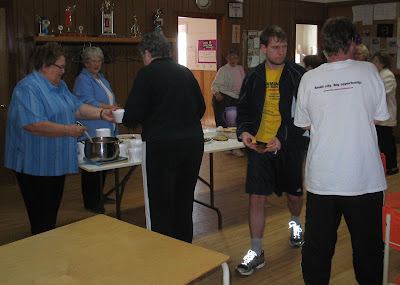 These guys are all too aware of the gift of life that organ donation is. Three of them have had kidney transplants and one is on dialysis. Four guys very much alive because of organ donation and/or the research of the Kidney Foundation of Canada. 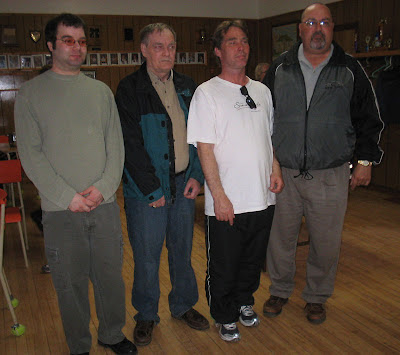 ** Kidney disease can strike anyone at any age.

** An estimated 2 million Canadians have kidney disease, or are at risk.

** Each day, an average of 14 Canadians learns that their kidneys have failed.

** If kidney failure is not treated, people die within days or weeks.

** In 2005, there were 32,375 Canadians on renal replacement therapy and this number is expected to double over the next 10 years.

** The three leading causes of kidney failure in new patients are:

** The sale and purchase of organs for transplant is illegal in Canada.

** Since 1964, The Kidney Foundation has awarded more than $80 million to support kidney-related research.

The Kidney Foundation of Canada www.kidney.ca Prepared by the Communications Department National Office
Previous Posts:
Brian's Blog -- http://walk4life.wordpress.com
Brian's Blog Post on our walk with him -- Charlottetown to Pleasant Valley

One of the most popular races on the PEI RoadRunner schedule every year is the Dairy Queen / Source For Sports Bunny Hop, a fundraiser for the Kidney Foundation. PEI RoadRunner members and Island runners come out in great numbers for this run every year (it was the 31st running of the Bunny Hop earlier this month).

Councillor gets time off to donate kidney

TIGNISH — Tignish Community Council has unanimously agreed to overturn an earlier motion and grant its administrator extended sick leave.
Karen Gaudet-Gavin, who has served about 34 years in the community, is donating one of her kidneys and is scheduled for surgery on April 21.
The council initially had concerns over how residents would view giving sick leave for a personal decision to have surgery but decided to give her the requested time off after consulting them, said community chair Elmer Arsenault.
“We appreciate her decision. Council had its mind made up (to allow the time off) as soon as they sat at the table,” said Arsenault.
Gaudet-Gavin will be given six weeks, which will count against her sick day allotment for the year and her accumulated days from previous years.
Posted by jypsy at 2:05 PM

YOU GUYS ARE GREAT SUPPORTERS. WE NEED MORE PEOPLE LIKE YOU WHO REALLY DO CARE. THANKS FOR DOING THE RESEARCH AND STATING THE FACTS.
KEEP ON KEEPIN' ON
BRIAN

Very inspiring blog entry! Thank you for sharing it with us!

i am wondering if you will be passing through miscouche this year?