COLOMBO, Sri Lanka -- A suicide bomber attacked the opening ceremony of a marathon outside Sri Lanka's capital Sunday, and among the dozen killed were a government minister, a 1992 Olympic runner and a national track coach, authorities said. More than 90 were wounded.

Officials blamed the bombing, the second this year resulting in the death of a senior government official, on Tamil Tiger rebels.

Karunaratne also competed in the 1993 world championships. He won the gold medal in the marathon and 10,000 meters at the 1991 South Asian Games, successfully defending his marathon title in 1993.

Runners and onlookers gathered at the starting line of the marathon in Weliweriya, 12 miles from Colombo, part of the national celebration of the upcoming Sinhalese New Year. Fernandopulle approached the starting line with a flag he planned to wave to start the race when the bomb exploded, witnesses said.

"There was a sound of huge explosion and I saw a fireball," said Nishan Priyantha, a local journalist who stood a few yards from the blast but escaped unhurt.

"I saw the minister's body. It had been torn into pieces below the waist and there were other bodies without heads and legs," Priyantha said.

President Mahinda Rajapaksa condemned the attack as an act of savagery and vowed to push ahead with the war on the rebels.

"This dastardly act will not weaken our resolve to eradicate terrorism from our midst, and bring peace, harmony and democracy to all our people," he said in a statement.

Rebel spokesman Rasiah Ilanthirayan did not answer calls seeking comment. The Tamil Tigers, listed as a terror group by the United States and European Union, routinely deny responsibility for such attacks.

Fighting in Sri Lanka has increased in recent months since the government officially ended a six-year cease-fire in January. The truce had been faltering for more than two years as escalating violence killed about 5,000 people.

The military has promised to crush the rebels by the end of the year, but diplomats and other observers say the army is facing more resistance than it expected.

The Tamil Tigers have fought since 1983 for an independent homeland for ethnic minority Tamils, marginalized for decades by successive governments run by majority ethnic Sinhalese. More than 70,000 people have been killed in the violence.

Copyright 2008 by The Associated Press 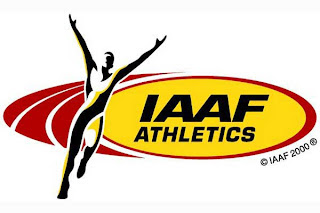 The IAAF is saddened to receive the tragic news of the bomb blast today at the start of a marathon in Sri Lanka which among others killed a government minister, a former Olympian and a national coach.

On Sunday morning (6 April), scores of runners and onlookers gathered at the starting line of the marathon in Weliweriya, about 20 kilometres (12 miles) from the capital Colombo, as part of the national celebrations of the upcoming Sinhalese New Year.

Jeyaraj Fernandopulle, the Minister of Highways, approached the starting line with a flag he planned to wave to start the race when the bomb exploded.

The Minister died on the spot, along with 13 others including former Olympic marathoner K.A. Karunaratne and national athletics coach Lakshman de Alwis, in total more than 90 were wounded.

Karunaratne competed in the 1992 Olympic marathon and the 1993 World Championships. He won gold in the marathon and 10,000 metres at the 1991 South Asian Games, defending his marathon title in 1993.

“The IAAF utterly condemns this outrage. To target those innocently involved in a sporting event is reprehensible. Our thoughts and prayers go to the bereaved families.”