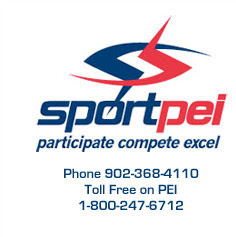 Paul Wright of Lower Bedeque has been selected as the winner of the Friendly Pharmacy Masters Athlete of the Year. Wright, a cross-country skier will become the fourth winner of the award.

He is one of the finest distance runners in Island history with six PEI Marathon wins to his credit. Wright has been competing in cross-country skiing for many year and has been a regular racer at many World Masters competitions.

In February, at the Canadian Masters in Rossland, BC, Wright won bronze in the 10 K race in his age category, having finished 4th in the 20 K a couple of days previously. Ten days later he finished in a very credible 44th out of 325 participants at the Keskinada Loppet 53 K Classic in Gatineau, Quebec, an international race that draws skiers from across the globe. His position was also good enought for bronze in the male 50-54 category.

In addition, Wright was the overall winner in the 30 K Classic at the Atlantic Marathon in Kouchibougac, NB.

Congratulations Paul!
Paul is a PEI RoadRunner and race director of the Dunk River Run (and, in the past, The Spring Tune-Up).
Posted by jypsy at 4:39 PM