http://www.marathoncanada.com/mcHalfMarathonRankings.htm
Posted by jypsy at 8:45 AM No comments:


Kris Taylor won the marathon and Jen Nicholson for the top female.

Andrew Roberts won the half marathon and Joanne Reid for the top female.

Stan Chaisson won the 10km and Kristy Newson for the top female.

Andrew Hanlon won the 5km and Tori Fitzpatrick for the top female. 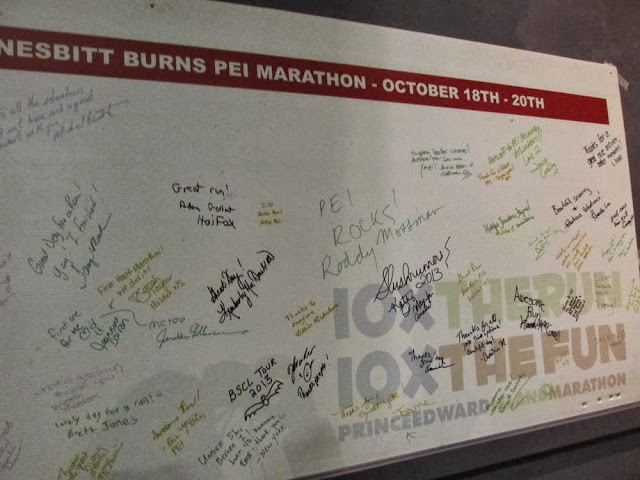 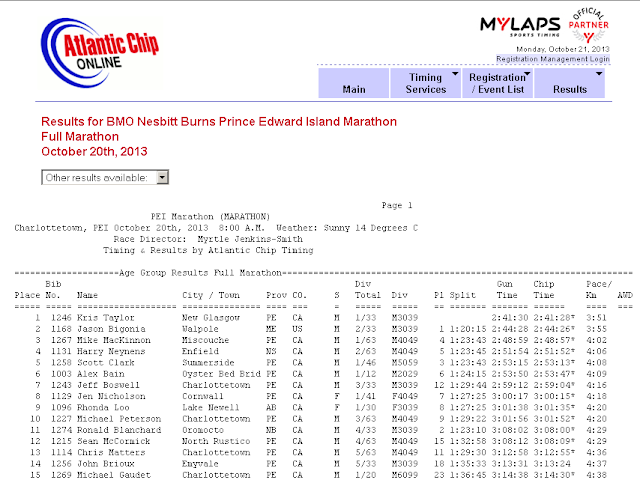 Thanks you to all runners and volunteers for social media at the 2013 Prince Edward Island Marathon Weekend! 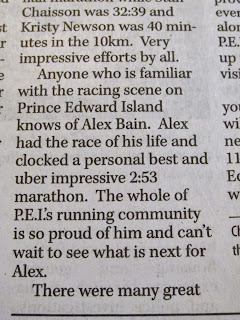 Taylor, who finished fourth in last year's Marathon, crossed the finish line first in the 2013 edition in a time of 2:41:28 under near balmy conditions Sunday in Charlottetown.

"I don't know where the last five K came from. I was ready to pack it in at 37 kilometres," said Taylor, who led the race wire-to-wire. "I started aggressively, but the (headwind) was not in my plans. (Toward the end) I just wasn't sure where the (rest of the pack) was. You have to watch that Mike MacKinnon. He's got stamina and he's fast."

Nicholson holds female course records in the full marathon (2:53:22, 2009) and half-marathon (1:23:19, 2012), but Sunday she settled for a slower time during her third Island Marathon title.
"It was perfect conditions. It was not my best time and I didn't break any records or anything, but it was a race and I ran to my fitness level," Nicholson said.

As for what comes after, Nicholson, an experienced hand at this marathon thing, had her plans set.
"A nap and some wine. And spend time with my family." 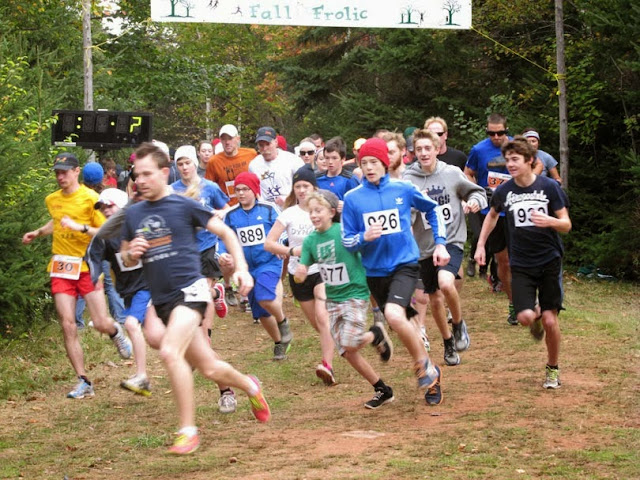 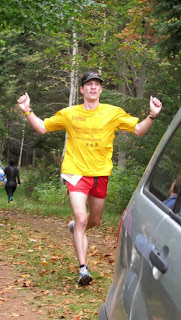 It was sun and cloud and 8 degrees.

The Fall Frolic at Harmony Woodlot. The course on scenic road, confederation trail and woodlot.

Brad Kickham won the 4.6km race and Melissa MacIsaac for the op female.

It was my first win the points race in my career. 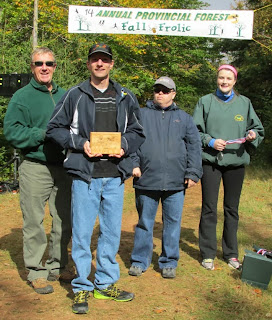 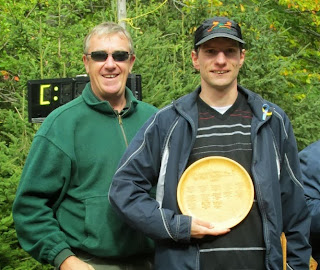 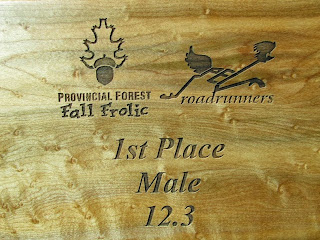 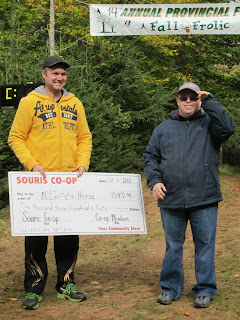 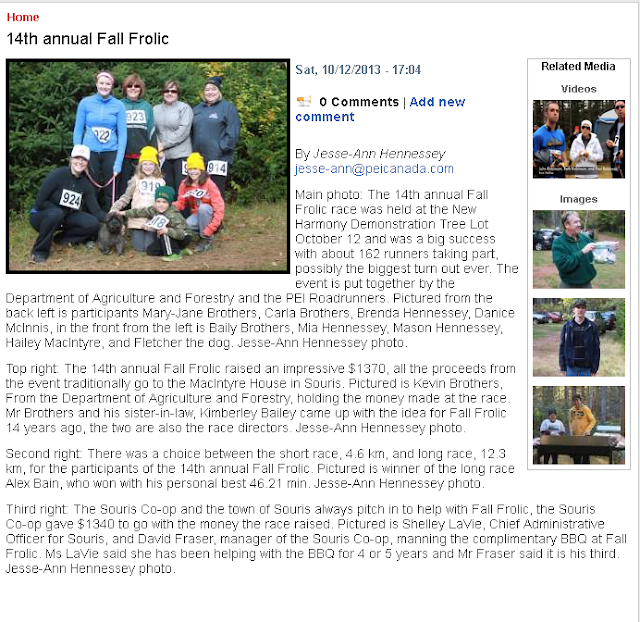 Running For Autism
Not Against It
acceptance, inclusion, awareness
Posted by jypsy at 8:54 PM No comments:

The Run for the Cure at Confederation Landing The course on Old Charlottetown and Victoria Park. 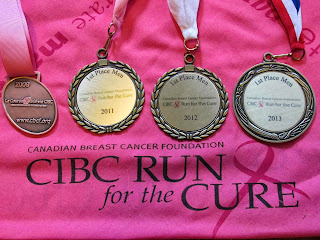