It was sun and few clouds and 20 degrees.

The Arthritis Joints In Motions Run at Sam's Restaurant. The course on Centennial Drive and Cornwall Rd. 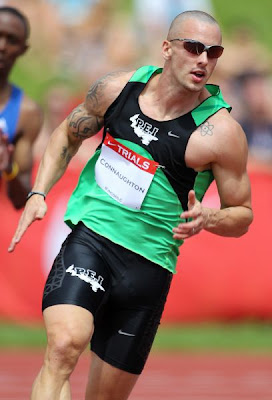 Sprinter Jared Connaughton is getting excited for the Olympics to begin.

The New Haven native will represent Prince Edward Island and Canada when he runs the 200 metres Aug. 7 in England.

“My preparations are going well and I'm getting anxious to compete in London,” he wrote Thursday in an email to The Guardian.

Connaughton, the Island’s lone Olympian, is running his final tune up event today in Weinheim, Germany.

He will run the 100 metres and as a part of the Canadian 4x100-metre relay team.

Relay coach Glenroy Gilbert will use the competition to help establish who will run Aug. 10 in the first round of the men’s 4x100-metre relay at the Games.

Connaughton was part of the relay team that set a seasonal best of 38.48 seconds at the Athletics Ontario Junior and Senior Championships in Ottawa.

The London Games opening ceremonies take place tonight with the torch arriving in the Olympic Stadium.

The cauldron will be lit and stay alight until being extinguished on Aug. 12, the final day of the Games.

Connaughton won’t be in London for the opening ceremony, as the track team will not arrive until Aug. 31.

Connaughton attended the closing ceremonies in 2008 in China and plans to do the same in London.

“Opening ceremonies are a wondrous event, filled with spectacular performances and truly ignite the spirit of the Games, figuratively and literally,” he wrote.

My preparations are going well and I'm getting anxious to compete in London. - Jared Connaughton

“I can't wait to see the ceremonies as once the flame is lit things become real and the idea of being an Olympian really sets in.”

P.E.I. Premier Robert Ghiz congratulated the two-time Olympian Thursday for being named a co-captain of Canada’s track and field team.

“Jared is an exemplary athlete and role model for those around him. His extensive experience in competitive sport and his passion for continued success will make him an invaluable leader for Team Canada as they represent our country on the world stage,” he said in a news release.

“Islanders are excited about Jared’s accomplishments to date and are very pleased to have him represent our province. We will be following his Olympic journey with great pride.”

u Did You Know? - Connaughton was named a co-captain of Canada’s track and field team for the Olympics. 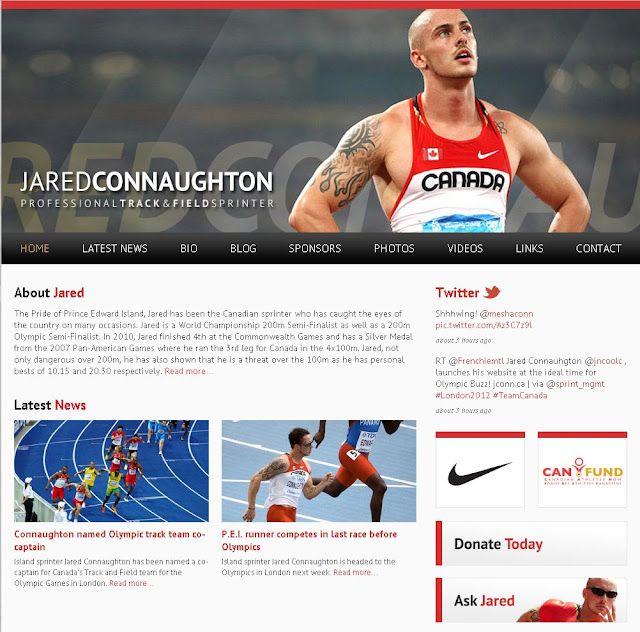 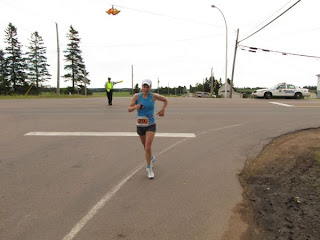 It was cloud and 19 degrees.

The Cox and Palmer Run at Pownal St. The new out and back course on Old Charlottetown, Victoria Park and Brighton.

Brandon Higginbotham won the 10km race and Jennie Orr for the top female. I finished in 38:43 and came in 3rd out of 69 runners.

Alex Neuffer won the 5km race and Kara Grant for the top female.

Running For Autism
Not Against It
acceptance, inclusion, awareness
Posted by Alex Bain at 3:07 PM No comments:

It was cloud and few showers and 19 degrees.

The Boardwalk Boogie at Shipyard Market. The course on Summerside boardwalk.

Alex Cyr won the race and Joanne Reid for the top female. I finished in 22:55 and came in 4th out of 75 runners and 1st place in Male 30 and under. 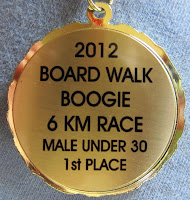 Running For Autism
Not Against It
acceptance, inclusion, awareness
Posted by jypsy at 7:23 AM No comments:

It was sun and cloud and 22 degrees.

Leo McCosham won the half marathon and Jennie Orr for the top female. I finished in 1:37:44 and came in 3rd out of 65 runners.

Roy Mason won the 5km race and Paula MacDonald for the top female. 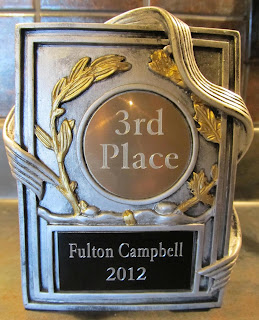 
Not Against It
acceptance, inclusion, awareness 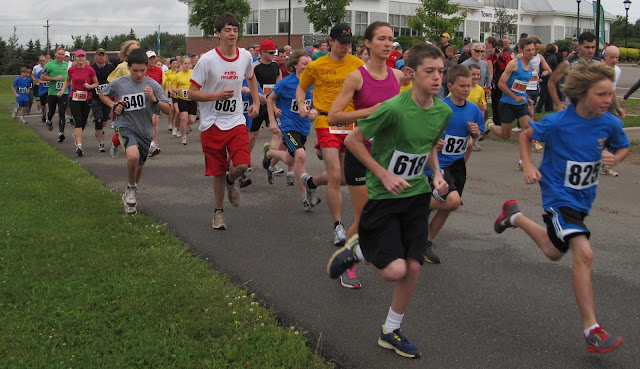 It was sun and cloud and 15 degrees.

Evan Rogers won the 10km race and I finished in 37:50 and came in 2nd out of 51 runners. Ellinor Klockare for the top female.

Manny Costain won the 5km race and Ellen Burnett for the top female.


Running For Autism
Not Against It
acceptance, inclusion, awareness
Posted by Alex Bain at 8:36 AM No comments: