Paperflow Intercollegiate Male Athlete of the Year
Connor McGuire, represented by his mother 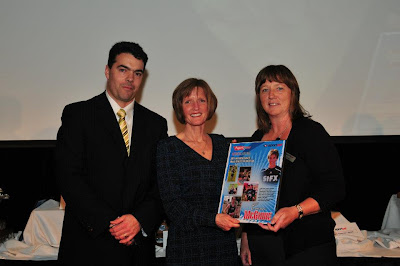 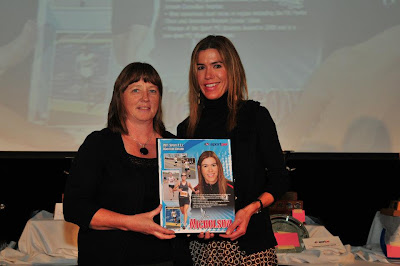 photos by SportPEI
Posted by jypsy at 8:45 PM No comments: 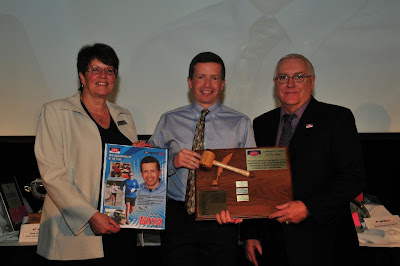 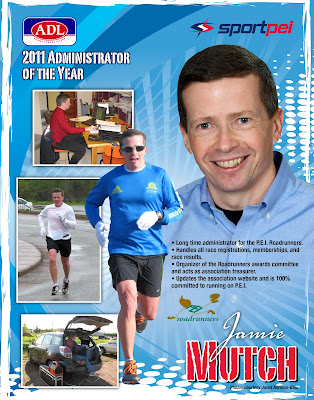 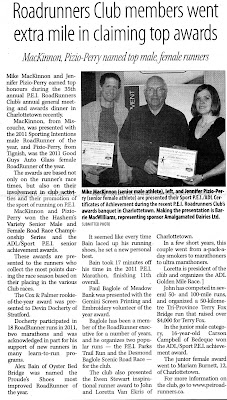 (click article to enlarge & read)
Posted by jypsy at 1:27 PM No comments: 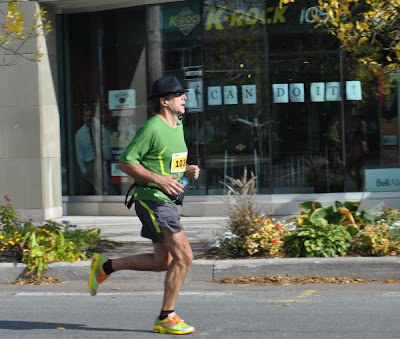 Michael Gaudet will be running from Borden-Carleton to Charlottetown on April 12 to celebrate Terry Fox the athlete.

Michael Gaudet was 27 years old when Terry Fox came to Prince Edward Island on his Marathon of Hope.

Gaudet followed the Canadian hero closely but was unable to physically see Fox pass through.

Now, 32 years later on April 12, the 59-year-old is going to retrace Fox’s journey through Canada’s smallest province, running from Borden-Carleton to Charlottetown, over 50 km, as part of a nationwide project to raise awareness for the late runner and the athlete he was.

“This is not a money-raiser; this is to raise awareness for Terry Fox, the hero that he is and the athlete that he was. We’re bringing awareness to Terry Fox the individual,” said Gaudet. “Somebody who ran basically a marathon a day for the over 3,000 miles he ran. For an athlete that’s incredible.”

Gaudet’s run is one leg in a cross–Canada journey, a project that started with Eddy Nolan in Montreal.

Nolan, who suffers from stage 4 throat cancer, wanted to give April 12, the day Fox began his run, special meaning.

He began trying to have April 12 declared Terry Fox Day, and in 2010, he ran a marathon wrapped in a Terry Fox flag.

After missing a 2011 run due to cancer treatments, he wanted to do something bigger for 2012, so he decided to find others to join him and run a marathon distance in every province and territory in Canada.

“Something just came to me in the night and I thought why not get runners in every province and territory to do it as close to the same time as possible,” he said, “strictly a tribute run to honour Terry Fox.”

So far, Nolan said he has eight provinces, all except British Columbia and Nova Scotia, and the Northwest Territories on board with people either running or splitting a marathon run.

Nolan said, “P.E.I. has been my best response so far. Michael Gaudet was just like looking in a mirror. He is just like me. He was right on board.”

Both Gaudet and Nolan feel a strong connection to the legendary Canadian.

“I don’t think there’s anybody in Canada that has put on a pair of running shoes that hasn’t at some point thought of Terry Fox and what he’s done,” said Gaudet.

He said he’s had some interest from others who would like to run with him.

“There will be a number of us hopefully doing this, for our own personal reasons,” said Gaudet. “There’s a point of where (as an athlete) you’re hurting more than you’re enjoying, and whenever you hit that you’re brought back to Terry Fox and the pain he must have been going through with almost every step, but he was doing it for something that was beyond himself.”

The St. Patricks Day Run - The Official Start to the 2012 PEI RoadRunner's Season

The new scanner for member self-registration 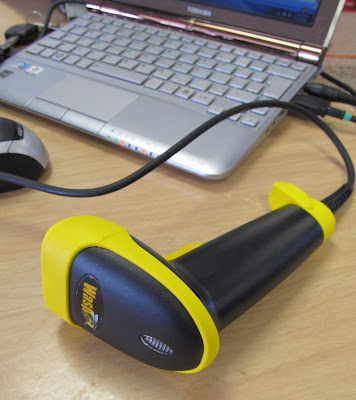 Remember to bring your tag! 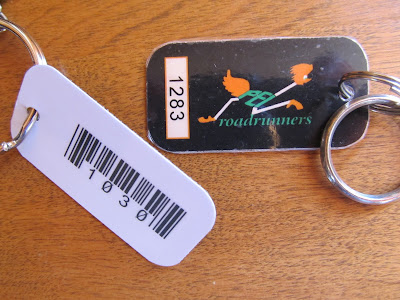 It was cloudy, foggy and -1 degrees.

Billy MacDonald won the 10km race and Kara Grant for the top female. I finished in 45:29 and came in 6th out of 41 runners.

Brandon Higginbotham won the 5km race and Melanie McKenna for the top female. 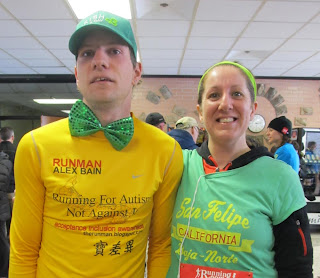 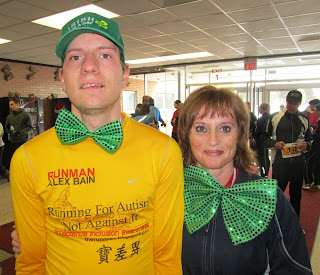 
Running For Autism
Not Against It
acceptance, inclusion, awareness
Posted by Alex Bain at 2:10 PM No comments: 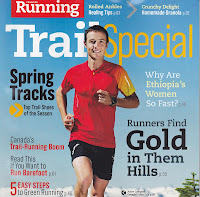 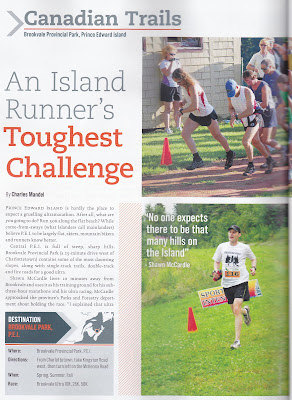 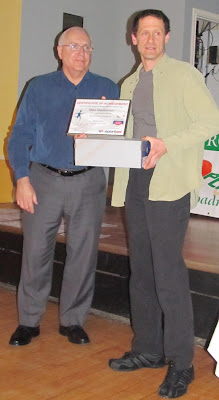 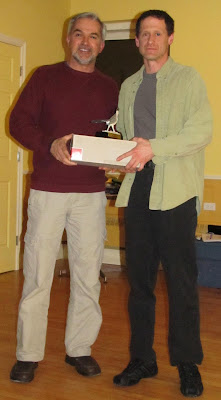 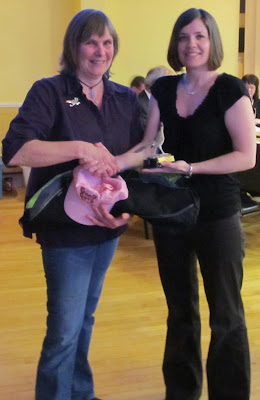 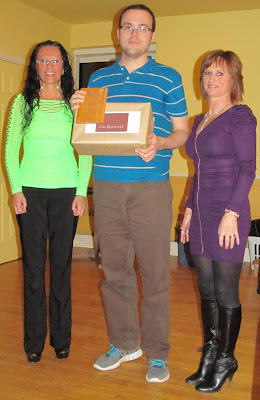 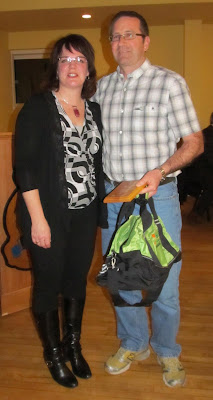 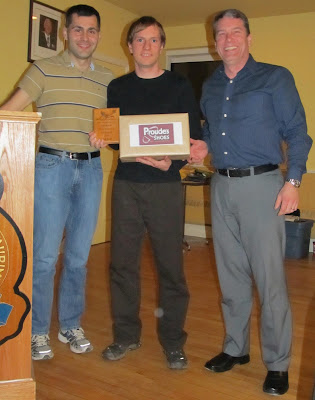 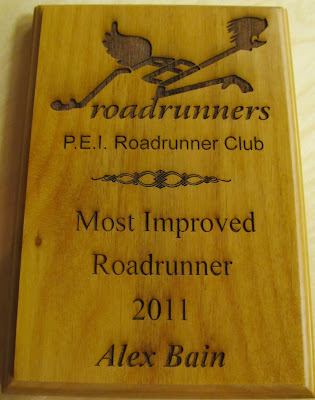 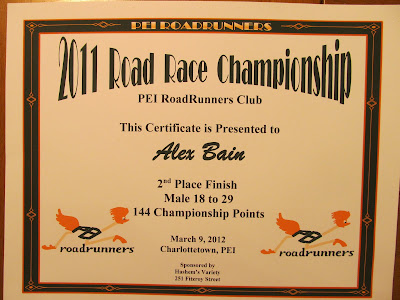 (Annual Slideshow will be added later this week)
Congratulations to all this year's winners!
Posted by Alex Bain at 10:56 AM No comments: