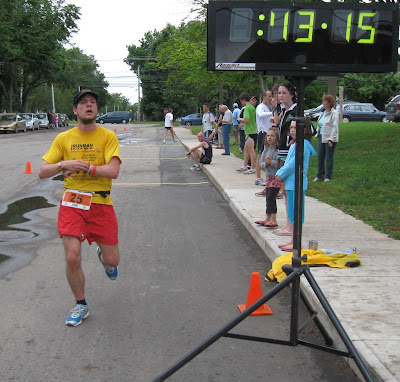 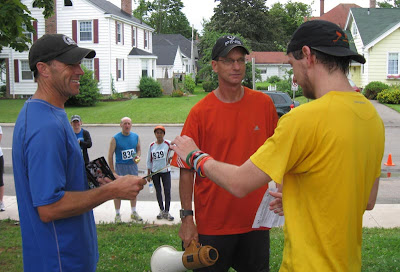 It was cloudy and overcast and 16 degrees.

A record numbers of runners in the 16th year of the race.

Harry Moore from Edmonton won the race and Jennifer Perry for the top female.

In the afternoon I joined the navy runners from HMCS Charlottetown on the Run 4 Wishes from Oyster Bed Bridge to Charlottetown Province House.

Mom was on her bike.

It was 22km with coupl 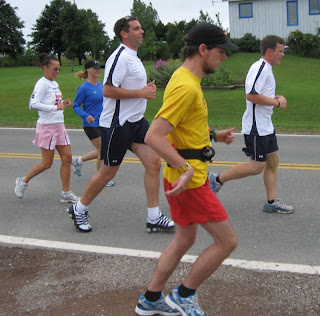 e a breaks on the bus but ran about 20km.

Dianne and Elaine joins before me and Kim right after.

Randy and Dylan Allain join us in Milton and Cheryl and Pam join us before Charlottetown. Alan was all day with them on the bus and running.

Were take a break at Allan Street Sobeys and went to Province House.

It was good run and good cause. 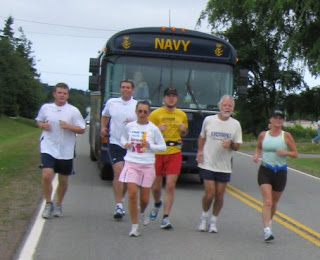 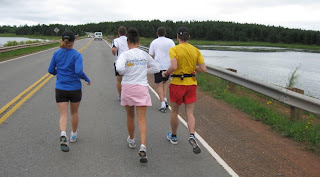 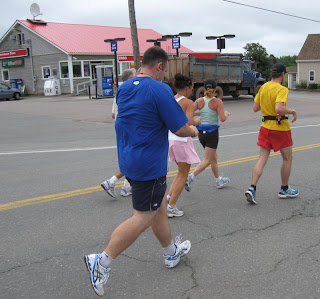 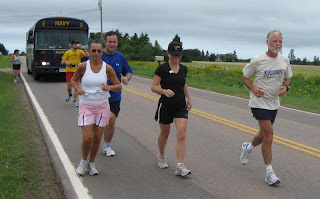 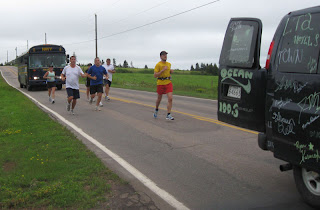 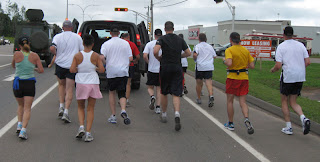 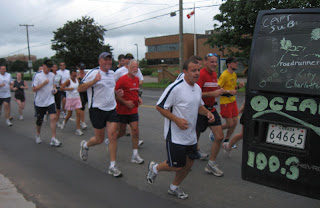 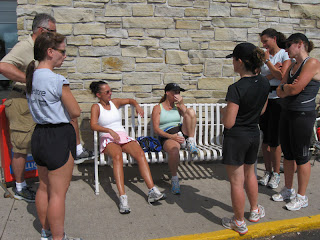 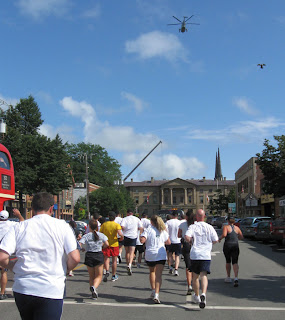 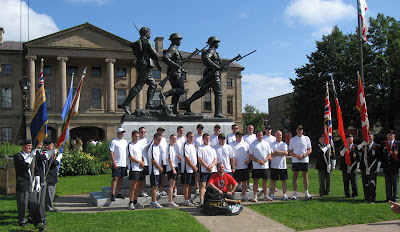 peirun4wishes.net
Posted by Alex Bain at 9:27 AM