Saturday May 5, 2007
"A nice run for all abilities through the streets of Sherwood" 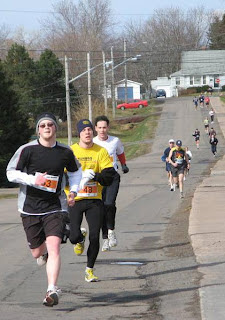 It was 5 degrees cloudly and not windy.

The Proude Shoe 5km Fun Run was the first RoadRunner run I ever ran back in 2004.

Stanley cheers at last few meters after winning in 15:34 two minutes behind was Samuel Mason.

Top female was Rachael McCarvill at 18:46.

Running on Sunday at Hospice 5K Run in Stratford.

(photo at left by Deborah Mutch) 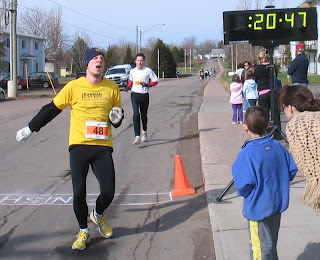 Running For Autism
Not Against It
acceptance not cure
Posted by Alex Bain at 10:17 AM