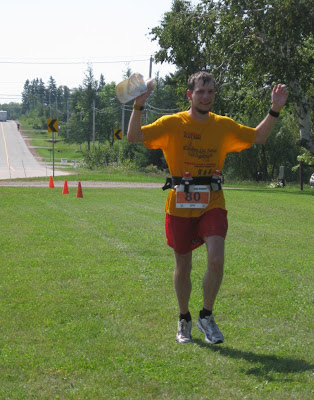 It was sunny and hot and 30 degrees.

The rolling hills course from Stanchel to Kensington.

I was very hot and put ice cubes on the cap.