The Olympic Torch Run - A Dream Extinguished then Re-Lit

Become a Torchbearer
The 2010 Olympic Torch Relay will begin its 45,000 kilometre, 106-day journey on October 30, 2009. If you dream of carrying the torch or being a part of this incredible three-month event, you can apply to be a torchbearer through RBC or Coca-Cola’s public selection programs. The Vancouver 2010 Olympic Torch Relay needs 12,000 torchbearers to carry the Olympic Flame through Canada. 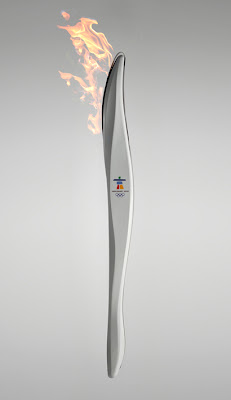 Alex applied through RBC - It was a random draw and his name was not chosen.

Alex applied through Coca-Cola. He played the daily trivia and increased his number of entries to almost 100. He made it through the first round with his name drawn and successfully answering the mathematical skill testing question. He then had to submit a story, about why he should be picked, which would be judged against others running on his chosen date. The story guidelines were:

Active Living - Describe the personal and/or leadership action taken to live actively and inspire others on their quest to live actively. The criteria used to judge an individual's commitment to active living is Canada's Guide to Physical Activity.

The selection panel will take into consideration any examples of the following that you provide in your essay:

He submitted his story in late June.

Last week we all crossed our fingers hoping for word, winners would be notified between July 30th and August 5th. We heard nothing.

This morning I got a phone call from the "Special Projects Officer" at the PEI Department of Communities, Cultural Affairs & Labour. She was calling for the Premier and about the Olympic Torch Run. She had spent the past few days trying to track down my phone number. She told me that the Province was given a number of spots in the Torch Run and the Premier had requested that Alex's name be submitted for a spot. She took all the information she needed for the application.... It's not a done deal, it still needs to be okayed by the Vancouver Organizing Committee (VANOC).

I guess this is as close as he can get to that dream short of actually realizing it. I guess we keep our fingers crossed a while longer..... And if this dream comes true, what a lovely way to be selected.

Thank you Premier Ghiz,
everyone who has had their fingers crossed,
and anyone who may have had any part in this.

and keep those fingers crossed a little while longer.....
(she didn't know when we might know but when I know, you'll know) 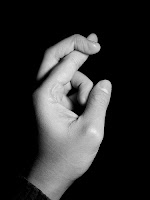 Oh, for this I can definitely keep my fingers crossed a while longer. It's gonna happen! Go Alex!