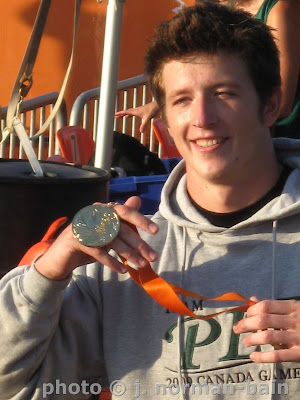 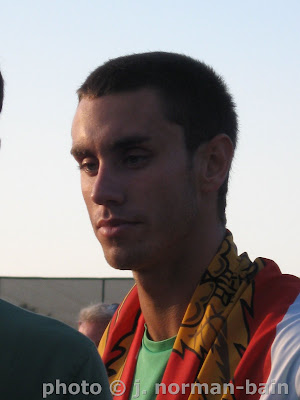 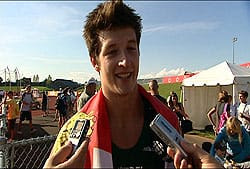 Matthew Caseley speaks to the CBC after his golden performance in the hammer throw event Tuesday at the Canada Games.

Caseley, of French River, captured the gold Tuesday afternoon in the hammer throw at UPEI Alumni Canada Games Place. The 21-year-old was in fifth place going into the final.

"I knew I was fairly close to a medal, but the gold? I was not expecting that whatsoever," an ecstatic Caseley told CBC News.