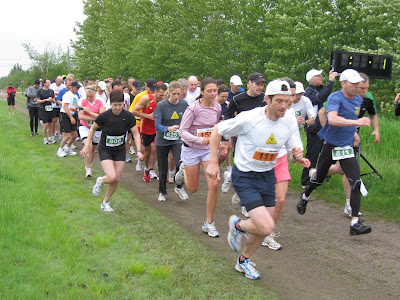 It was cloudy and 10 degrees and windy.

The trail run on 5km out and back.

Scott Clark won the race and Jen Nicholson for the top female.

Scott biked 61km to the race.

Nice Job Alex!! Do you like trail runs better, or road races?

I like road races better. I ran on the trails tip to tip.

Hi there, I work on behalf of Tourism Prince Edward Island and love the images and events you feature in your blog. We just launched a new site today for travellers to the Island who might benefit from seeing some of your photos and reading your stories. Check it out at www.shareyourpei.com - we'd love your input!