It was 25 degrees humid and no wind and mostly cloudy.

The first 10km of the half marathon I started walk and break because the climate too hot and humid and back on track at 12km mark of race to soak the cap and drink.

I passed 8 runners from before Poole's Corner and end of the race.

Jamie Nickerson won the race and Rebecca Pike for the top female.

Jamie biked from Charlottetown. Scott Clark biked from Summerside, got to race after start and finish 12th. More people biked to the race.

Adam Lamb won the 5km race and Laura Smith for the top female.

I working at UPEI Track as volunteering for Canadaian Jr. Track and Field Championships in July 17-19. 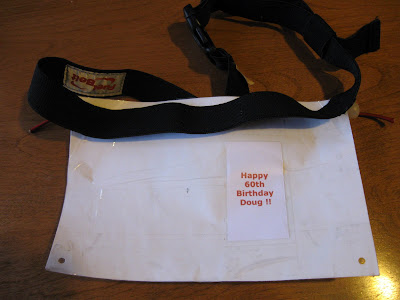 Running For Autism
Not Against It
acceptance, inclusion, awareness
Posted by Alex Bain at 3:00 PM

Alex - I had a great day, thanks for the pics, and for the birthday wishes!

Nice job Alex!! Especially on such a hot, humid day. Those are tough!