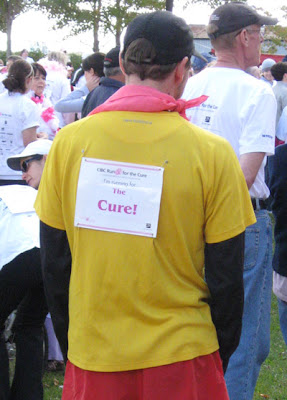 CIBC Run for The Cure

It was sun and cloud and 12 degrees.

The Run for the Cure at Charlottetown Landings.

I have a stitch on right side all the way.

Member of PEI Road Runners to enter the course along with PEI Rocket and Summerside Western Capitals.

Top team was Pretty in Pink for fundraising.

Randy Allain has Jean's Dream Team in memory of his mom in yellow shirts.

2 weeks to this day to PEI Marathon. 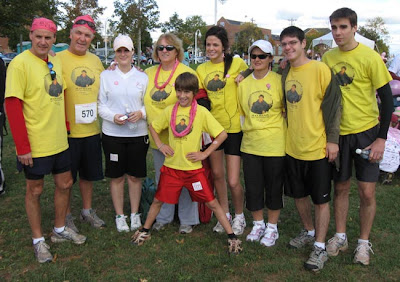 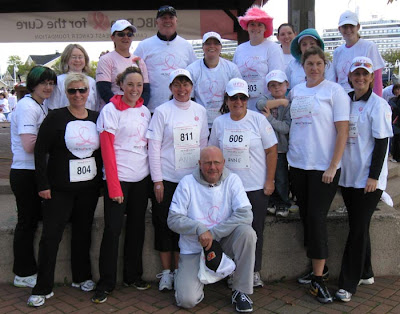 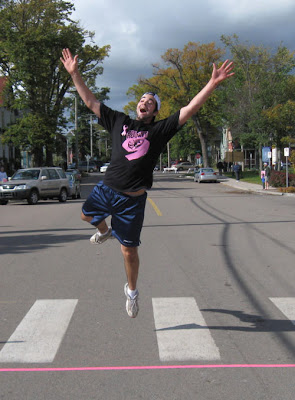 A Princess (and her bear) 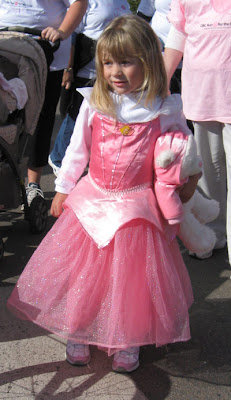 A Baby (on her first run) 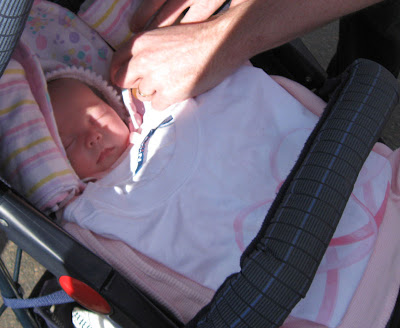 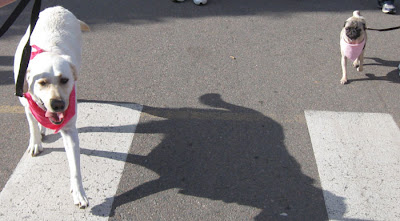 First Survivor across the Finish Line 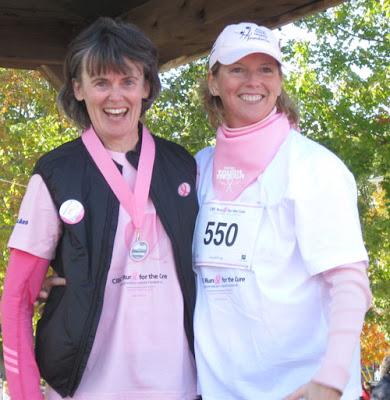 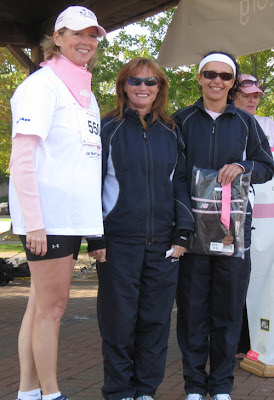 Tyler, First across the Line 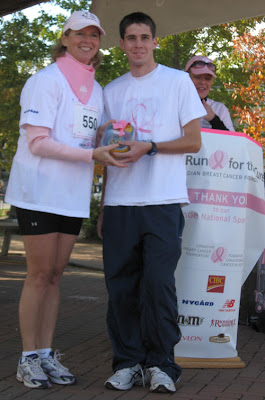 Many, many more photos

Huge throng packs capital in record Run for the Cure


About 2,500 people were thinking pink Sunday in Charlottetown.
The 17th annual CIBC Run for the Cure drew its largest number of participants ever, organizers said, and there was no shortage of enthusiasm in support of breast cancer research.
Participants could run five kilometres or do a one-kilometre walk around the streets of the capital city, either as an individual or a team.
“We started out running together and we wanted to finish together,’’ said Elaine Burkholder, who crossed the finish line hand-in-hand with her friend Dianne Pye of Charlottetown.
“It’s just a joy to do, and when you see all the survivors out it’s just marvelous.’’
The pair has completed eight marathons together to date, and always try and finish with the same ritual, Pye said.
“We figured if we were close then we’re going to finish together. If one of us runs into a problem and holds the other one back then we send the other on. You feed off each other’s energy.’’
Both the numbers and the money raised — $194,366 — were up from last year’s totals, said organizer Cecil Villard, who expected late donations to bring the total well over $200,000.
Villard said the Kings County Memorial Hospital group had the largest team donation of $13,000.
Tyler Sellar, 20, of Bonshaw, was the first runner to cross the finish line, and said while he runs in many races around the Island, Run for the Cure is especially significant.
“It’s a very good environment, lots of support,’’ he said.
“I’m just running for everybody who’s affected.’’
Tourism Minister Valerie Docherty, who is herself a cancer survivor, officially started the race with Summerside’s Nancy Key who, at 51, was recently diagnosed with breast cancer.
Key had a team of support though — the Summerside Western Capitals, who joined players from the P.E.I. Rocket as the only all-male teams participating.
“I promised myself I would not be emotional today, but when I look out at the blue and white jerseys of the Western Capitals who came here to support me, it’s hard not to,’’ said Key before the run.
“I have been issued the ultimate challenge: to live my life cancer-free. With all the support I think I can make my goal of 100 (years old).’’
Breast cancer survivors, who all wore pink shirts instead of the white worn by other runners, filled the stage at Confederation Landing Park before the start of the run to warm up the crowd.
Glenda Szpecht, who was born in Charlottetown but has lived in Calgary during her adult life, said the support for cancer survivors in the city was overwhelming.
“We have a huge run in Calgary with massive numbers, but they don’t single out the survivors like they do here in Charlottetown, so I was really impressed with that,’’ she said.
Diagnosed with breast cancer in 1994 at age 39, Szpecht ran her first Run for the Cure in Calgary while she was still undergoing chemotherapy.
Not long after her diagnosis, she had specific goals in mind.
“I was determined that I would live to see my son graduate from high school and see my kids grow up, and my youngest graduated from high school this year which was a real big thrill for me,’’ she said.
“I can’t stress enough how I was able to keep active and I feel like I’m in great shape. It was 1994 when I was diagnosed, and here I am.’’


Photo montage taken by Wilf Smith who sent it along to The Guardian saying:
People turned out in all their glory in wheelchairs, wagons, with babies, kids, dogs, costumes. There were priests, ministers, doctors, lawyers, all trades, young and old. Wow!! What a sight to see!!
God was surley present at this walk for cancer.