Congratulations Michelle Dawson - And Thank You 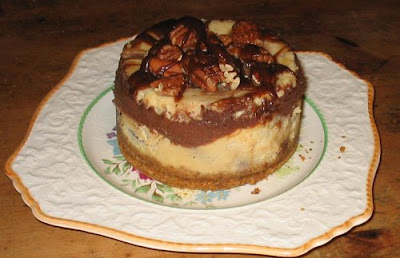 I took awhile to find out what a turtle cheesecake was. We don't have them where I come from. Sounds woderful according to the recipe, but the name is not inspiring. Where did it come from?

Congratulations to Michelle!
As frustrating as the things they got wrong are, at least this time they got some right.

alyric,
The "Turtle" is a reference to Nestle's Turtles - a chocolate covered caramel and pecan candy.

OK, makes a kind of sense if the cheesecake was made originally with them. The recipes I found added these things separately and on the whole I think that's better.

Anyways, a fine way to celebrate an absolute victory for autistic human rights and especially in Canada! Think I'll go out and make one for the occasion. No shortage of people round here game to try such:)