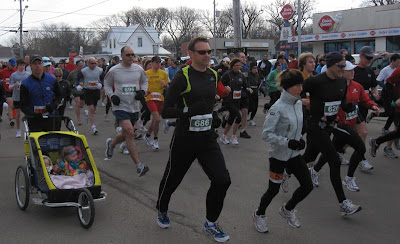 It was cloudy and 2 degrees.

Kris Taylor won the race and Jen Nicholson for the top female.

My Achilles is better but my calf muscle is sore and my blister bandaid are still on heel.

Good Luck for the large team of PEI to Boston Marathon!

Allan give me a medal for 3rd place male in last week WR3 race because they corrected the results. 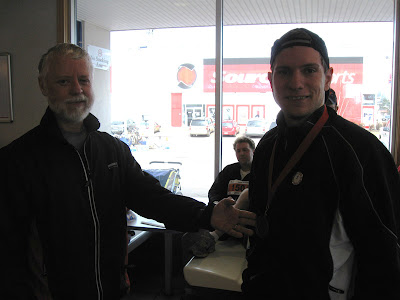 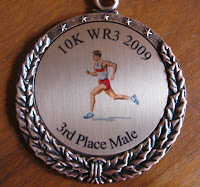 Running For Autism
Not Against It
acceptance not cure
Posted by Alex Bain at 3:29 PM