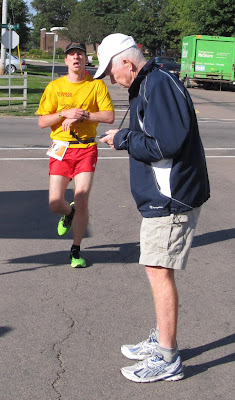 Leo McCosham won the race and Brenda Benson for the top female.

I finished in 17:42, beat my 5km PB, 11 seconds faster than June's Deltaware Systems Inc 5km and came in 3rd out of 59 runners. I wore new shoes won at Harvest Festival 25Km for first run. 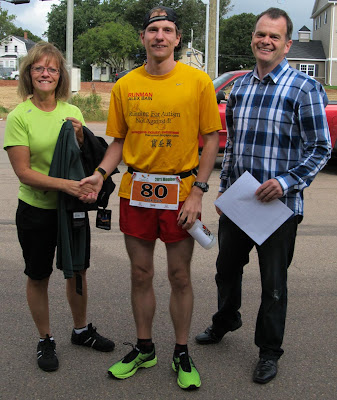 Running For Autism
Not Against It
acceptance, inclusion, awareness
Posted by Alex Bain at 2:18 PM