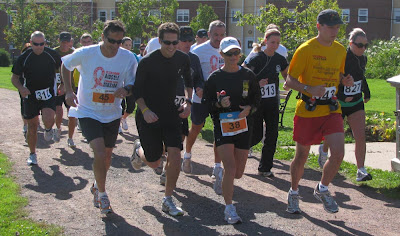 The Scotiabank AIDS Walk and Run for Life at Joe Ghiz Park. The out and back course on Confederation trail.

I finished in 37:39 and came in 3rd. Stanley Chaisson escorts with Edwin Gillis along the runners and walkers. Run about 9K.

"the afternoon schedule features Aboriginal drumming and dance performances,
a warm-up led by Gord McNeilly of UFit,
and a 10K run showcasing 2009 PEI Marathon champion and record-holder, Stanley Chaisson.
All three Aboriginal Chiefs of PEI - Darlene Bernard (Lennox Island), Brian Francis (Abegweit) and Jamie Gallant (Native Council of PEI) – will attend and speak at the celebration
as will Minister of Environment, Richard Brown.
A lobster feed provided by The Lennox Island Mi’kmaq Band closes out the event!" 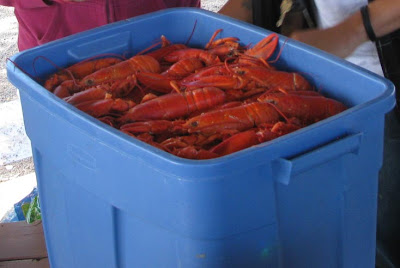 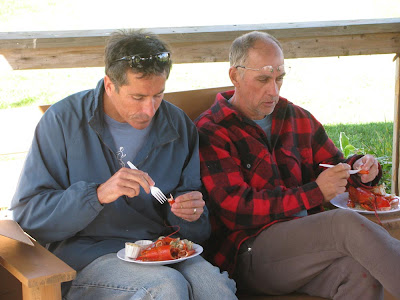 Participants leave the Joseph A. Ghiz Memorial Park as they participate in the annual Scotiabank AIDS Walk for Life. The walk is a partnership project of the Canadian AIDS Society with the British Columbia Persons with AIDS Society, the AIDS Committee of PEI.

Todd’s life turned around 180 degrees when he was diagnosed as HIV-positive in October 2008.

Doctors told him if they hadn’t caught the disease when they did, he would have soon been dead.

At the request of Todd, The Guardian has decided to omit his last name.

Depressed and feeling alone in his struggle with the disease, Todd attempted suicide and found himself in hospital.

“Sure enough, the whole AIDS P.E.I. society came down to the hospital to support me,” he said.

Their support didn’t end there.

Whether it was through providing mental and physical support, financial, or, most of all, friendship, Todd never forgot how the group helped him in his darkest hour.

“I don’t know what I’d do without them,” he said at the 2010 AIDS Walk for Life at the Joe Ghiz Park on Sunday.

He wasn’t the only one there showing his appreciation for the society.

More than 50 runners, walkers and supporters combined to raise over $8,000 at the annual walk.

Money raised goes towards AIDS P.E.I. to assist those diagnosed with the disease while also raising awareness to prevent others from contracting it, said co-ordinator Danielle Moore.

“The money stays specifically on P.E.I. to help

educate and bring awareness. We help our clientele, who are HIV-positive, pay for forms, travelling if they have to go to Moncton or wherever and pay for small living expenses,” said Moore.

Raising over $30 million since 1996, the walk is held in communities across Canada throughout the last week of September.

Tom Hilton, executive director of AIDS P.E.I., said new HIV cases on P.E.I. in 2008 were the highest they’ve been since 1998 and are affecting a different demographic than homosexuals and injection drug users.

“What we’ve seen a big increase in is young Canadians, ages 15 to 19, and aboriginal Canadians, especially women,” he said.

While women represent about 15 per cent of AIDS cases in the general population, in aboriginals the number is much higher, at 35 per cent, said Hilton.

“This is about gender imbalance and power imbalance — women who are too embarrassed or feel they can’t say no to their partner and don’t practise safe sex,” said Hilton.

Because of the disease’s hold on the aboriginal community, Hilton said he was especially pleased with their involvement in this year’s walk.

All three First Nations chiefs on P.E.I. attended the event to talk about how the disease affects their communities.

“We don’t really know why. We just know that it is,” said Abegweit First Nation Chief Brian Francis, trying to explain why many new cases of HIV are among aboriginals.

Part of the reason may be a sense of false comfort from living in a small province, said Francis.

While many Islanders seem to dismiss the idea that AIDS affects the province, it is important to support groups like AIDS P.E.I., said Francis.

“We hope by doing this thing we’ll create more awareness of the disease so people can deal with it more effectively,” said Francis.

With help from AIDS P.E.I., Todd has been able to deal with his HIV more effectively. In the two years since his diagnosis, his white blood cell count has risen from nine to 365, while his viral level has plummeted from 22 million to under 40.

He wouldn’t be alive today if it weren’t for the group’s support, he said.

“It makes me cherish life a lot more. I wake up in the morning now and I’m thankful.”