To: Jypsy Norman-Bain
From: Facebook
Subject: 140 friends awaiting your response

facebook
Hi Jypsy,
You haven't been back to Facebook recently. You have received notifications while you were gone.

I've had an account since March 2007 (back when you needed an account to get past the login page and see *anything* on Facebook). I've had a webpage since 1996, I run or co-run a few mail lists, and have a hand in a few blogs (public & private) but I'm just not social enough to want to partake in the "new social media" (I've also had a Twitter account for a few years too but don't tweet). 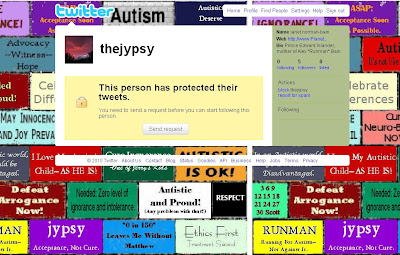 I do have access to Alex's Facebook account and peek at it regularly enough to see what many relatives and folks I know are up to.

I used to contact people when they wanted to "friend" me to let them know that "I have an account, but no "friends", and I like it that way. However, if I ever changed my mind, their request was on file and I would accept it. Nothing personal, it's just how it is." I quit doing that a couple of years ago. Sometimes I remember to tell people when I see them, often I don't.

This post is that notice to you all -
the 140 and those who will be sending me requests -
Nothing personal, it's just how it is.
A couple of those 140 I don't actually know and another small handful I wouldn't "accept" but most are people I know online and/or in real life and would/will accept their offer if ever I decided to actively use my Facebook account.

Many are already Alex's "friends" so I'm already following you as much as if you were my "friend". Some of you may want to send a friend request to Alex (http://www.facebook.com/therunman) and if he knows you he'll accept. Others may even want to "unfriend" Alex knowing now that I have access to his account. 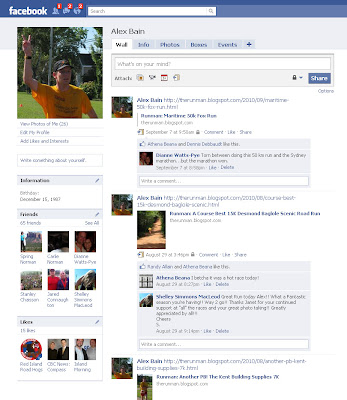