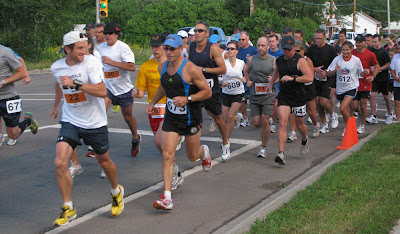 It was sunny and 15 degrees.

Troy Cox from Ontario won the race and Rebecca Pike for the top female.

Afternoon I ran the 3km with my mom on bike with The Run4Wishes crew
from Cymbria to Oyster Bed Bridge. They are going all way to Charlottetown. 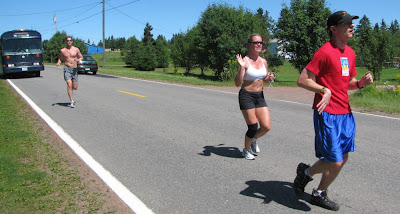 Running For Autism
Not Against It
acceptance, inclusion, awareness
Posted by Alex Bain at 1:09 PM

Congrats. That's a crazy time! If you run any faster than that, they're gonna suspect you of juicing :-)