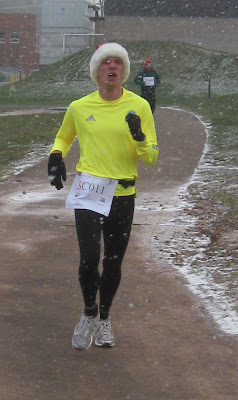 It was cloud and flurries and -2 degrees.

It was untimed fun run. There were lots of Santas! 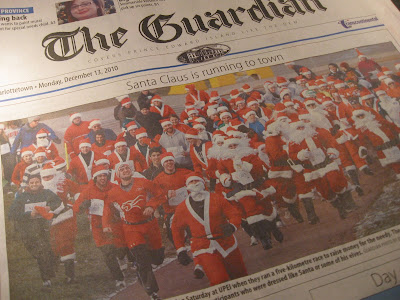 Santas on the run for a great cause

Santas on the run

Several hundred Santas or his relatives took time during his busiest season to run five kilometers to raise money for the needy. The run was held at the University of Prince Edward Island Saturday and was organized by a group of tri-athletes. Last year the fun run raised more than $3,000 and they hope to surpass that this year.
Posted by Alex Bain at 3:58 PM