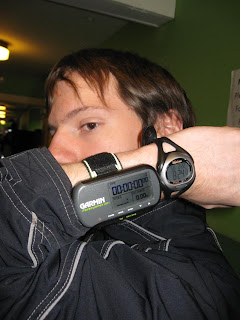 It was sunny and -6 degrees.

Before the race Jamie give me his old Garmin Forerunner because his got a new one. Thank you very much Jamie! I really like it.

The 10.5km loop course in Montague and countryside.

Mark McCosham and Ellen Sherren for the 10km.

Leo McCosham won the half-marathon and Erin Callaghan for the top female. 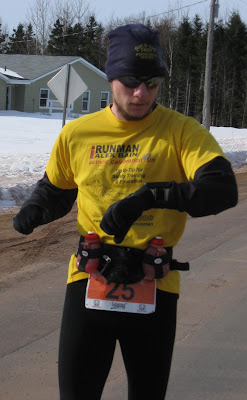 I making slide show containing 300 photos for it.

The next race is St. Patrick Day 5km Easter Seals run at UPEI. My mom won't be there and my dad attend at race. 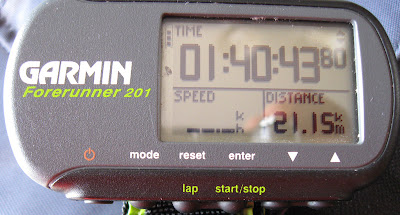 
(Wonder how the other Alex Bain did today in his half-marathon?)

Running For Autism
Not Against It
acceptance not cure
Posted by Alex Bain at 2:56 PM