It was cloudy and 8 degrees.

The Sporting Intentions Spring Run Off in North River Road. The out and back course on North River Rd, Brighton and Victoria Park.

Connor McGuire won the 10km race and Kara Grant for the top female.

I finished in 40:03 and beat my 10km personal best 23 seconds from last Saturday's Bunny Hop and came in 3rd out of 56 runners.

Tyler Koughan won the 5km race and Alyssa Arbing for the top female.

I run home from work 5km almost everyday that why I'm running faster and breaking PBs. 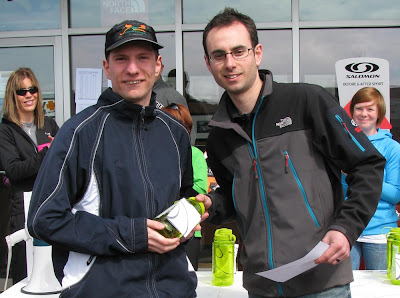 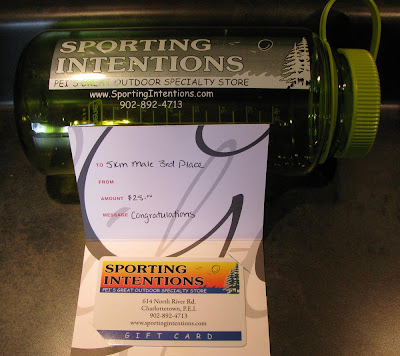 Photos from the Sporting Intentions Spring Run Off 2008-2011

CHARLOTTETOWN - Connor McGuire and Tyler Koughan were the top runners in their respective divisions in the Sporting Intentions Spring Run here Saturday morning.

Alyssa Arbing, 15, was the top-finishing female in 26 minutes flat. She was 14th overall.

A total of 62 runners took part in the five-kilometre race.

The next P.E.I. RoadRunners Club race is the Proude's Shoes 5K Run on Saturday. Registration at Proude's Shoes at the Sherwood Business Centre will begin at 8 a.m., with the race beginning at 9 a.m.

This race is a fund-raiser for Youth Mission Nicaragua 2012.

Running For Autism
Not Against It
acceptance, inclusion, awareness
Posted by Alex Bain at 1:33 PM