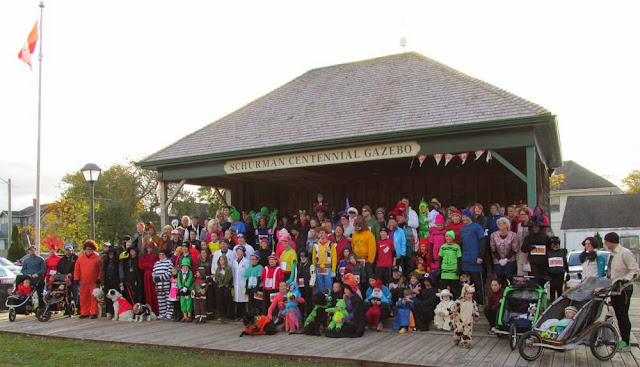 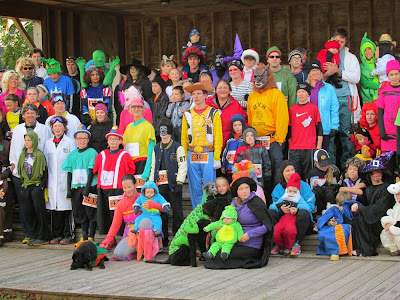 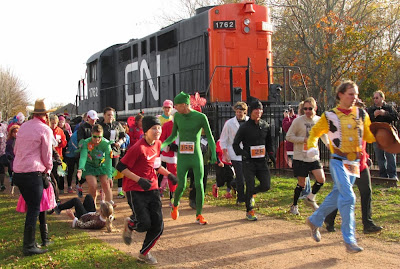 It was sun and cloud and 3 degrees.

The Halloween Hustle at Kensington Railway Station. The course on Confederation Trail.

This year I dressed up as Woody from Toy Story.

I won the race in 18:36. Natalie Dallaire for top female.

Running For Autism
Not Against It
acceptance, inclusion, awareness
Posted by jypsy at 8:28 PM